‘No retreat, no surrender’: an insight into the mind of a world-class champion

There is plenty of research, views, and opinions currently represented in the public domain about creating and maintaining a sense of purpose and focus while we all experience isolation during these unprecedented times. 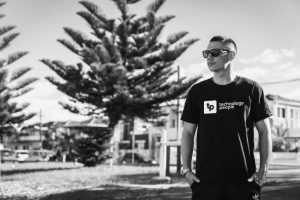 In our latest webinar, we gained a unique perspective from a world-class athlete on what are the primary factors that he applies in maintaining a laser-like focus on his goals and ambitions. Naturally, these beliefs and behaviors can be actioned by anyone who is in pursuit of their goals and dreams.

There were many take-outs from our broad discussion facilitated by boxing commentator, Ben Damon of Fox Sports.

What was so evident, was the clarity of the goal! Tim was succinct and direct in stating his primary objective. In his case, to win the Super Welter Weight title against Jeff Horn. Each training session, the stated goal is foremost in his mind while he subjects himself to a series of actions that are habit day in and day out.  Tim is also looking for that edge as he in a constant state of continuous improvement. 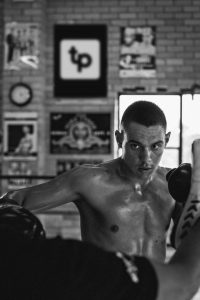 A simple analysis will tell us that the conviction Tim has is based on belief! No one bestowed belief on Tim, that must come from within as we all know. Tim did share his upbringing was a dominant factor in applying discipline and focus. Being the son of one of the greatest Australian Boxers of all time will definitely have its influence, however, Tim has forged his own path to success reinforcing the often held mantra – ‘if it is to be, it is up to me’. There is no getting away from it, hard work is still fundamental and that should never be diluted with ‘working smarter’ as they both co-exist!

Now we mentioned focus during uncertain times. As we know, the fight was originally set for late April but due to COVID-19, it has been postponed indefinitely. So, one may expect an easing of focus and training may eventuate from Tim? Nothing further from the truth!

When you pose such a scenario to Tim you get the feeling, he is ready to fight tomorrow, such is his mindset.  The question remains though, how do you maintain focus then?  Training schedules are maintained and there is never a day that passes when conversations do not revolve on the fight, yet Tim is a real practitioner of being calm and present. This composure is a practiced state of ensuring he keeps his emotions in check and accepts the current reality. The goal is the same, the time frame is now different.

Tim for all his straight-talking, focused demeanor is a very friendly, relaxed guy with a sharp sense of humor. This must be the key to the balance required to manage our peak performance. We are not machines, we are human.

Tim has the balance just right even allowing the fact he may be impatient; it is evident his physical prowess has come about as a result of his mental strength. That is the lesson for all of us. We are in control of our minds and we can achieve great things…perhaps even a welterweight world title!