The Changing Landscape for Permanent and Contract IT Work

Why is the permanent market for IT staff booming and why is the demand for contractors weaker? The changing marketplace for technology staff and what the future holds.

If you’re a contractor and have recently noted that jobs are drying up, it’s not personal, and you’re definitely not alone. We’ve noted a booming trend for permanent staff while the contractor market is eerily quiet.

With Australian’s tech industry growing at a rapid pace, it would seem to be conclusive that contract positions in technology would be skyrocketing, so it begs the question… Why are we finding that the permanent market for IT staff is currently thriving while demand for contractors is weaker?

Indicators show the market is simply correcting itself. It’s a recovery of sorts. For years IT companies have been on the hunt for contractors, but they now want that top talent to stick around and are trying to lock them into permanent positions.

This is largely a cost-cutting measure, in our opinion. While many businesses have reaped the benefits of contractor arrangements over the last few years, they’re now finding themselves with thousands of contractors doing “business as usual” roles and want them to convert to in-house roles that have historically been permanent anyway.

Elsewhere, contractors are getting the squeeze and having their engagements cut short, and if they do manage to get a contract position, it’s increasingly short term. Ironically, some companies are coming to us for recruitment advice believing that there’s a shortage of contractors in the market, which seems to not be the case.

Is this happening everywhere?

The current dip in the contracting market appears to be an anomaly in Australia, with Forbes recently reporting that there’s a growing trend of tech employers opting to hire contractors over full-time employees. Similarly, a New York Times article referenced an estimate from the staffing platform OnContracting, which said that most technology firms used contract workers for 40 to 50% of their staff.

It seems Australian tech companies were for years modelling themselves on Silicon Valley industry giants. Arguably the tech capital of the world, the city is known for its high volume of contract work and this is purely to drive profit.  Google, Facebook, Amazon, Uber and other titans employ thousands of contractors, and it’s no secret these giants know how to bring in the dollars.

Those same Australian tech companies may now have progressed beyond the growth stage, when it makes sense to hire contractors allowing you to scale up or down as needed, but perhaps now these companies are more established and seeking to lock in top talent long-term.

There’s no doubt we’ll see a reversal of this in the IT space with contractors again being in demand, as these trends tend to be cyclical. IBISWorld last year reported that the temporary staff services industry in Australia is expected to grow over the next 5 years (to 2024) with revenue forecast to increase at an annual 2.2% to $26.4billion, driven by increasing demand from a number of industries, which includes the tech sector.

So what does the future hold?

We predict the demand for contractors will recover and continue to evolve, particularly in the tech industry where there are so many specialist and niche skills that are not necessarily required permanently. Most businesses understand the benefits of hiring contractors. It can provide a flexible and dynamic workforce, giving them wider access to talent at competitive rates, an increase in productivity with contractors that come in with new and innovative ideas, and who are also highly accountable because their future job prospects rely on high performance. Furthermore, an increasing number of top talent amongst the millennial demographic will average only two years at any one company anyway as they want control over their careers, including a flexible schedule and time for personal pursuits.

There are of course many benefits in securing engaged, long-term and committed permanent staff who are invested in the success and future of the company, and likewise for staff to enjoy good company culture and benefits packages.  So, this raises some questions that we’d love your feedback on.

If you’re a contractor, would you take a permanent role, complete with a pay cut, or would you leave? Is this currently happening in your workplace? 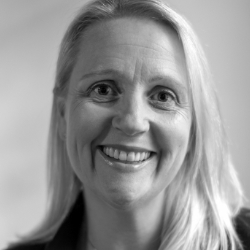